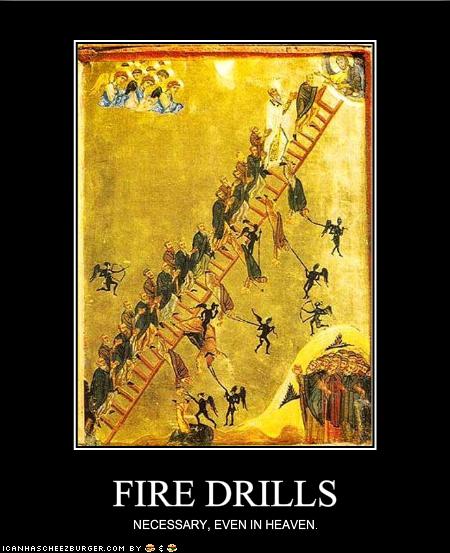 13 thoughts on “Last time they stopped, dropped and rolled a new religion was born.”